We do not hold back our efforts in exhorting European politicians to a substantive discussion regarding the revision proposal of the posted workers directive.

LMI has accompanied the EU-wide action joined by NGOs from all over Europe. It involves sending calls to the European Commission to withdraw the revision proposal of the posted workers directive and to respect the will of 11 national parliaments of the Member States, which expressed their opposition towards the EC project by issuing the yellow card.

We want to draw attention of Commissioner Thyssen, Commissioner Bieńkowska and Commissioner Dombrovskis to the issues related to the posted workers regarding the PWD revision proposal. The letters sent by the NGOs are a part of an action which aims to prompt the Commission to look more carefully into the arguments presented by the Member States within the reasoned opinions, delivered by 11 national parliaments. The organizations try to take a stand in the issue of the revision of the PWD because the Commission has refrained from conducting the public consultation on this subject.

We want as many organizations as possible to join the action through convincing and mobilizing further ones. We hope, that such initiatives will help to fight such populistic and fact-opposing activities, which aim to support political goals and manipulation of the public opinion from the rich EU countries at the expense of hundreds of thousands workers and their employers. 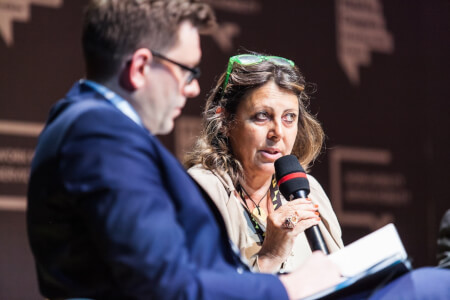