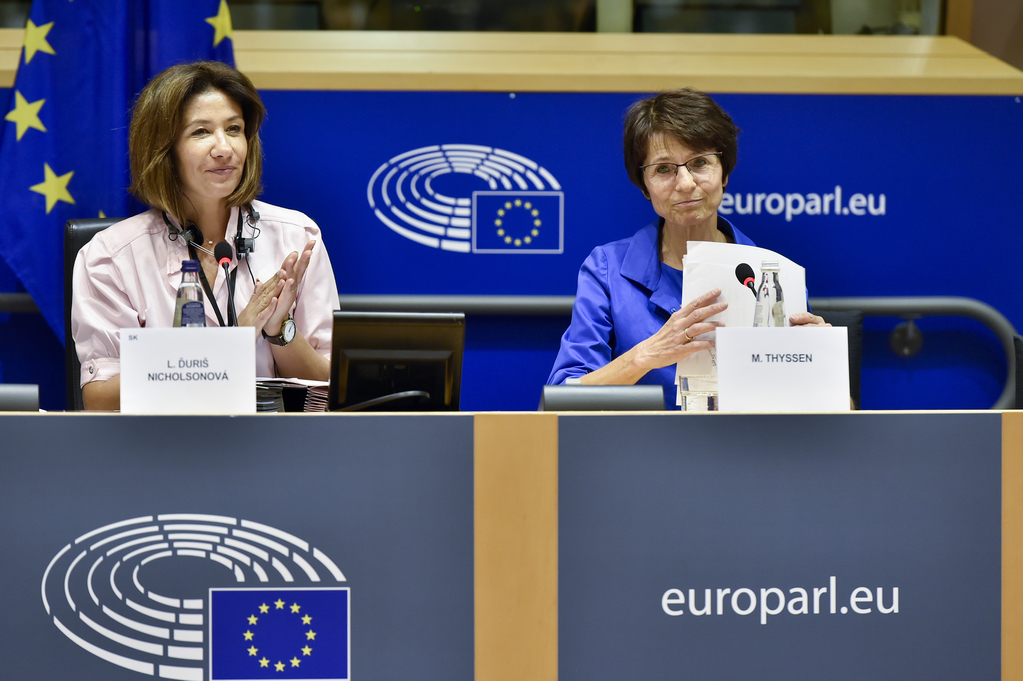 Continuation of work on the revision of coordination regulations

On Tuesday, 3 September, hearings and debates regarding revision of the Regulations on Coordination of Social Security Systems 883/2004 and 987/2009 were held. Two separate meetings took place within the EMPL Committee and in presence of two key officials: Joost Korte, the Dutch General Director of EMPL (in the morning) and Commissioner Marianne Thyssen (in the afternoon). The exchange of views with Commissioner for Employment, Social Affairs, Skills and Labour Mobility was followed by a gathering of coordinators of political factions who unofficially decided that work will be continued on the basis of the existing compromise. This does not mean, however, that the completion of the revision is just around the corner.

Hearings of both officials show that there is a lot of pressure within the Commission to close this dossier as soon as possible. M. Thyssen also recalled that coordination of EU social security systems was a sine qua non element for EU labour and service mobility. Without it, the free movement of people and services would not be possible. The Commissioner assessed that the preliminary agreement reached by the Romanian Presidency in March 2019 meant that only 2 negotiation chapters were still not fully agreed. The first one concerns the applicable legislation and the second one, social security for migrant and cross-border workers. As both meetings have shown, swift completion of the revision is a priority for the majority of the EMPL Members (with important exceptions – e.g. D. Radtke from EPP). However, this pressure is not felt among officials of the Finnish Presidency.

Three revision options on the table

During hearings and debates, three options were discussed for further work on the review:

In a very interesting debate, Commissioner Thyssen used a cycling metaphor, pointing out that the work on the revision was like a multi-stage cycling race and stressed that we were just ahead of the final stage. G. Bischoff also spoke in a sporty, but rather a mountain-related spirit – in her opinion, we were in fact close to the end, but we must carefully prepare the “peak attack” and finish the work. J. Lenaers disagreed with the previous speakers, and sticking to “cycling” comparisons, said that this was not the last stage of the Tour de France, where success is celebrated with champagne. He suggested that focus should be put only on the disputable issues so that, in the spirit of broad compromise and without reinventing the (cycling) wheel, project will be able to cross the finish line efficiently.

Elżbieta Rafalska and the chairwoman of the EMPL Commission, Lucia Ďuriš Nicholsonová (ECR, Slovakia) raised important issues in the debate. E. Rafalska reminded about two negotiation chapters, which were still disputed. She focused in particular on applicable legislation and agreed with Mr. Lenaers that there was still a lot of work ahead of the negotiators in this regard, in particular because of differences between Member States. She also pointed out that the criteria regarding registered office or a place of business of the entrepreneurs posting workers must be properly defined. Otherwise, they will have negative effect for both entrepreneurs and workers (leading to insuring them not necessarily at the place where the posting entrepreneur actually has their registered office or a place of business). Commissioner Thyssen referred broadly to this assessment, indicating that there was space for discussion in this regard (speaking in public, she even offered her a bilateral meeting in this regard) and encouraging the audience to propose solutions that would be “feasible and fair”.

The issue of potential obligatory notification of posting before the commencement of work, raised by E. Rafalska, was also mentioned by L. Ďuriš Nicholsonová. M. Thyssen replied that at the last stage of works there were a lot of exceptions in that regard and said that there was also room for further negotiations – so as not to impose unnecessary burdens, on e.g. posting entrepreneurs (especially on those who post workers abroad for short periods of time).

After the Coordinators’ decision, it’s time for a green light from the Conference of Presidents of the EP

After the exchange of views with Commissioner Thyssen, a meeting of coordinators of political factions took place. It was decided that the EMPL Committee would recommend, on behalf of the EP, to work on the revision on the basis of the preliminary agreement of the EU institutions of 19 March this year. In order for this position to be officially adopted by Parliament, a decision of Conference of Presidents is needed. This body consists of presidents of respective factions in Parliament. It will take place, under the direction of A. Tajani, in the second half of September. A positive outcome will make it possible to work on the unfinished project from the previous term in a new parliamentary term. Taking into consideration (the virtual) unanimity of positions, one should expect that work will be undertaken on the basis of that document.