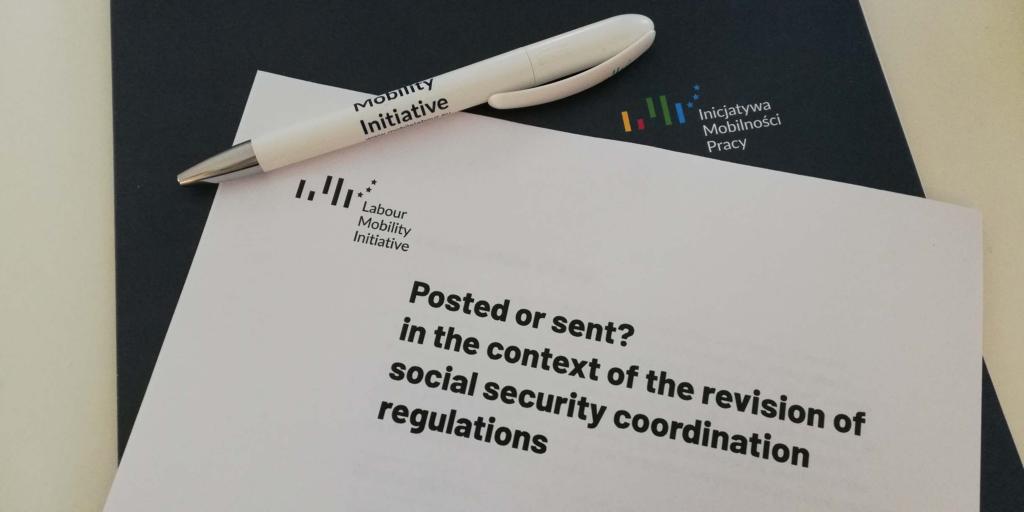 Why did the European Commission propose a new term of a “sent” person in addition to the existing one of a posted worker? And why does it seem to be necessary?

At the Labour Mobility Initiative Association, we carried out the in-depth comparative analysis of the notions used in Directive 96/71/EC and Regulation 883/2004/EC. Our analysis shows that the EU legislator uses in both documents the same notion of a “posted” while having at first sight similar, yet different situations in mind, causing confusion. The revision process of the coordination regulations seems a good opportunity to fix it.

The notion of a “posted” worker or person is currently used both in Directive 96/71/EC and Regulation 883/2004/EC. The Directive expressly defines what a “posted” worker means, while the Regulation uses the notion of “posted” persons. Their texts clearly show that the EU legislator uses in both documents the same notion of “a posted” worker or person while having in mind different situations. There are practical cases which demonstrate that a person carrying out work in a Member State other than the one in which he or she is employed and normally works is treated as a posted worker only by the Regulation and not by the Directive, e.g. a Slovakian ski instructor employed by a Slovakian tourist company provides skiing lessons in the Austrian Alps to Slovakian tourists, clients of that tourist company.

New notion of a sent person

The Commission seemed to have noticed the conceptual inconsistency between the Directive and the Regulation and proposed an additional notion of a “sent person” in its proposal for the revision of the Regulation. The notion of “sent” persons, as shown in the graph below, constitutes the broadest concept, containing posted workers, self-employed persons and others who are covered by the Regulation only. EPSCO in its partial general approach adopted on 23 October 2017 follows the Commission’s logic and goes even further. In its proposed Art. 12(1) only the term “sent” persons is used, since posted workers are the subcategory of sent workers.
What seems to be the most detrimental would be to use in the Regulation only a notion of “posted” worker within the meaning of the Directive. This would de facto exclude from the legal framework all employed and self-employed persons who carry out work in the territory of a Member State other than the State in which they normally work, but provide no service abroad for any other party or the service is provided for a party that is not operating in that Member State.

In our opinion, the introduction of a new notion of a “sent” person in the revised Regulation, as the broadest concept, containing i.e. posted workers, is rational and helps to solve the existing legal and public confusion, and as such contributes to a better understanding of law.

To find out more, read the entire analysis here.

LMIA analysis: Posted or sent? in the context of the revision of social security coordination regulations