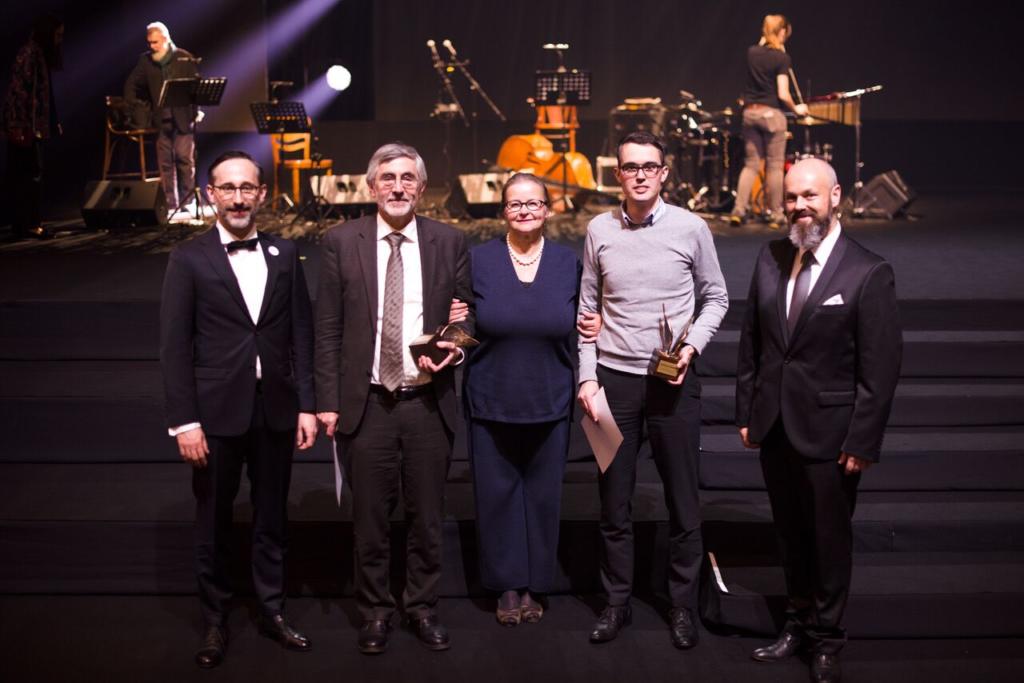 Prof. Jozef Pacolet and Frederic De Wispelaere – researchers at HIVA Research Institute for Work and Society of KU Leuven are the laureates of this year’s Labor Mobilis Award.

Both scientists were appreciated for their perseverance and impartiality in research on posting of workers whose groundbreaking outcome will allow the facts overcome misperceptions. The award ceremony took place on November 20 during the Labor Mobilis Gala in ICE Congress Centre in Krakow.

The research of Prof. Pacolet and Frederic De Wispelaere were included in the report “The size and Impact of Intra-EU Posting on the Belgian Economy’. Their revolutionary impact comes from proving that the main source of problems, for which the posting of workers is blamed in the European public debate, is actually unregistered (illegal) labour. Furthermore, the Researchers make a clear distincion between ‘social dumping’ and ‘social fraud’, pointing out, that the first term is ‘demonized’ and ‘infected’ with associations with negatively received label of ‘fraud’.
Results of their research indicate that in relation to posting of workers, real fact-based debate relying on solid data, rather than just on perception and ‘urban legends’ is possible. What deserves appreciation is the exceptional scientific honesty of both Authors – especially in the context of searching for the source of popularity of posting of workers (and whether it is related to the lacking local work force).

Jozef Pacolet is since October 2017 professor emeritus with formal duties at the Catholic University of Leuven. He participated before in research supporting the revision of regulations of the European Union, including the directive on posting of workers. For many years Prof. Pacolet served as a lecturer in the organisation of financial institutions, and lead many research projects in the field of social care of the elderly and social security at national and European level. He coordinated as project director the Network Statistics FMSSFE on free movement of workers, coordination of social security and fraud and error.

Frederic De Wispelaere serves as a Senior Researcher at the HIVA Institute of the Catholic University of Leuven. He co-authored the widest research on the posting of workers. Mr. De Wispelaere is certified with MBA from EHSAL – Brussels, as well as in corporate law from Ghent University. Currently he in engaged in statistical research (Network Statistics) of free flow of labour, social security, coordination, as well as mistakes and abuse.

The idea behind the Labor Mobilis Honorary Award is to appreciate people, who have outstanding achievements and special contributions in the field of promotion and support of mobility of labour and services in the European internal market. Candidates to the Award are nominated by Members of the Labour Mobility Initiative. The laureate is chosen by the Jury, which includes representatives from the world of politics, science, administration and business. The Labor Mobilis statuette has so far been awarded three times. The laureates were: Danuta Jazłowiecka, Radosław Mleczko and László Andor.